Dan’s father was going to come and visit us again, staying with us for two weeks. Ray has been to Switzerland many, many times and has stayed with us before, so it wasn’t like we had easy pickings on things to show him and places to visit. But he also didn’t come to sit around on the balcony, so we put together a few options and figured we’d see what would come of it all.

What follows are a smattering of photos from some of the places that we visited during Ray’s visit. The locations include Colmar, a watch museum, kirsch, the Gempenturm and Charlie Chaplin.

Colmar, France
Despite living here for five years and hearing almost non-stop how wonderful Colmar is, Dan and I have never been there. We decided that now was as good as ever and took Ray there so we could all explore it together.

One of the famous canals of Colmar

A tv show was being filmed in the square 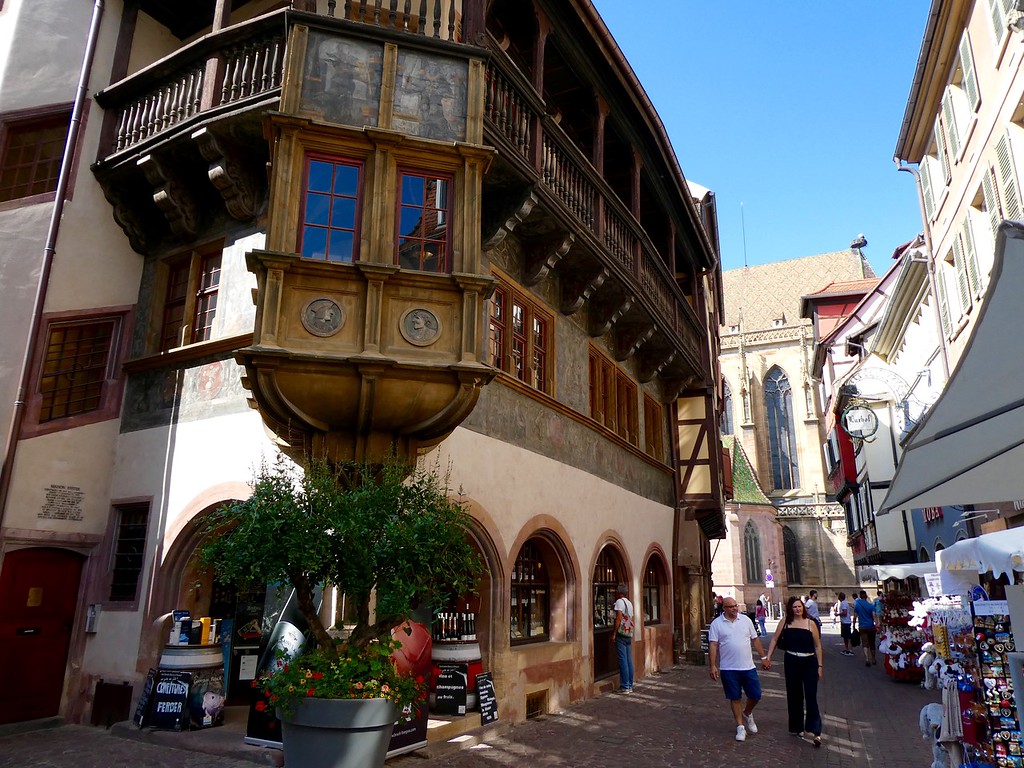 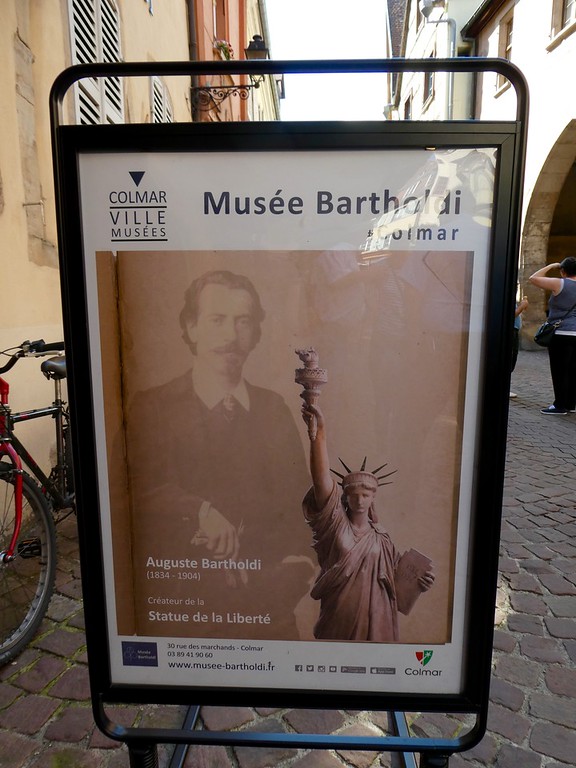 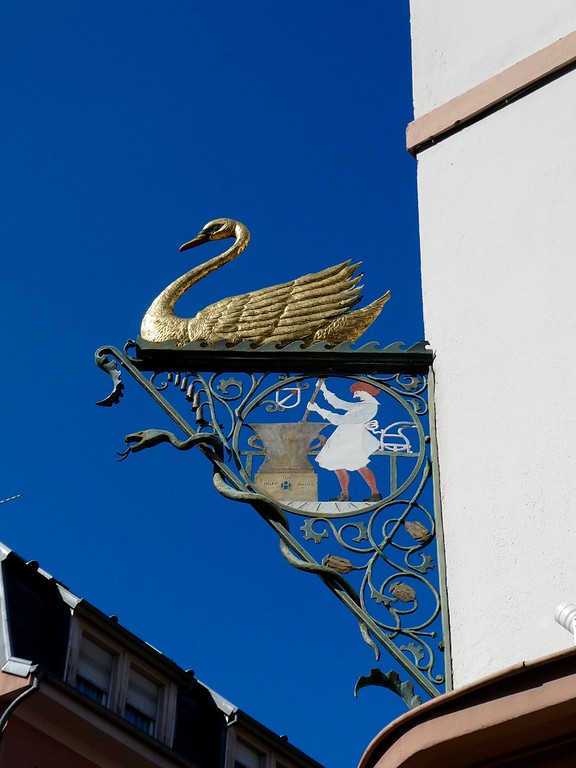 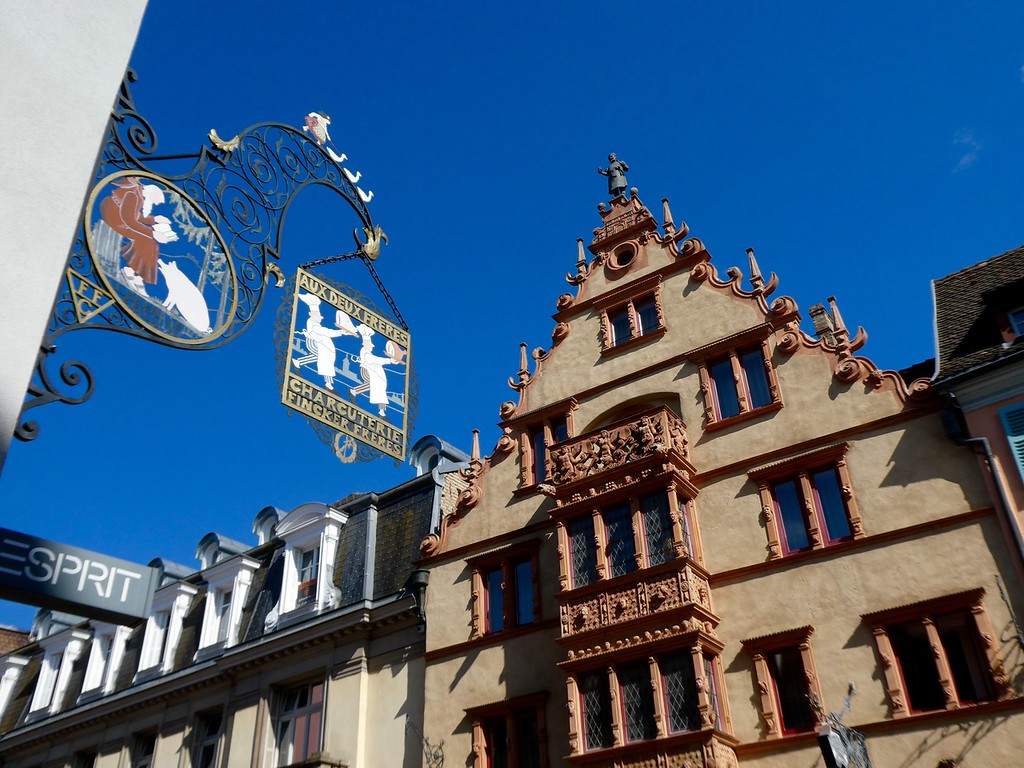 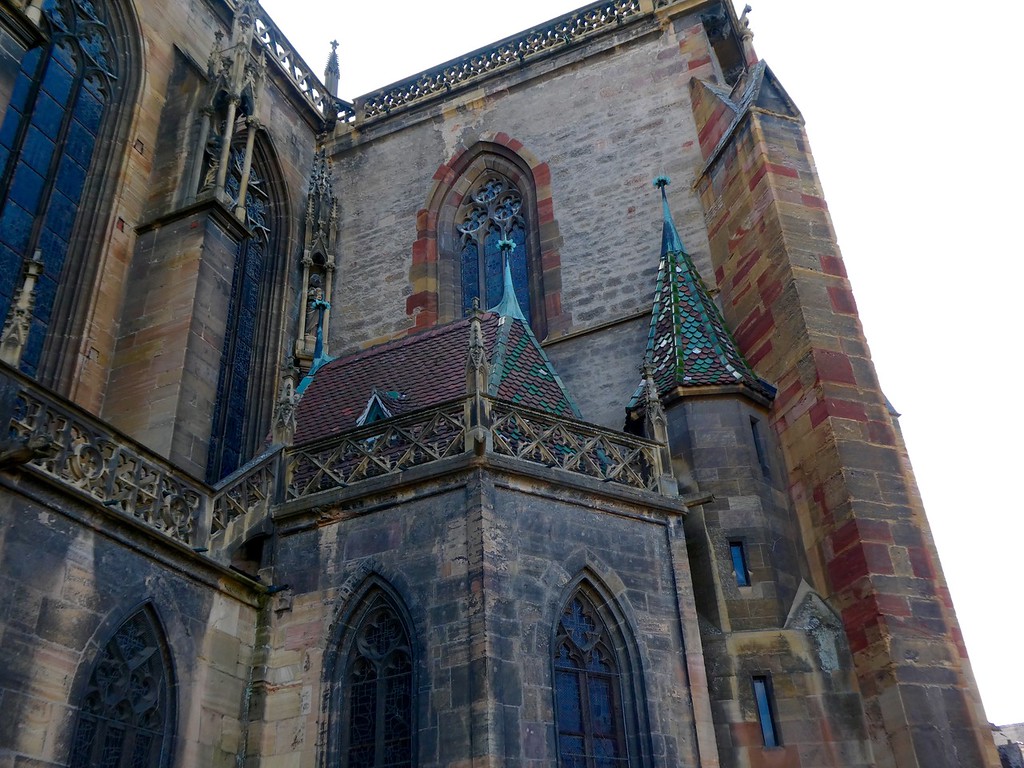 Eventually we got tired of the crowds and the heat and retreated to the car for the drive back to Basel.

Our next outing was to the Musée International d’Horlogerie in Chaux-de-Fonds. Both Ray and Dan have a passing interest in watches and where better to see some of the finest examples in the world than in Switzerland? This museum gets high reviews so we drove down to check it out.

Its a few hours’ drive to Chaux-de-Fonds and we had time to stop for lunch at a random Auberge that was signed along our route. It was the Restaurant Auberge Les Chatons and was tucked up the side of the lush valley we had been traveling through. 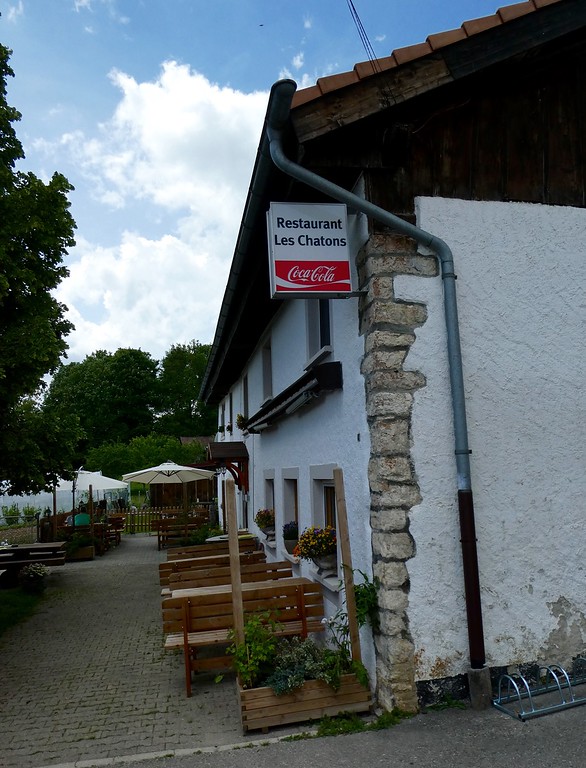 It was a popular place today 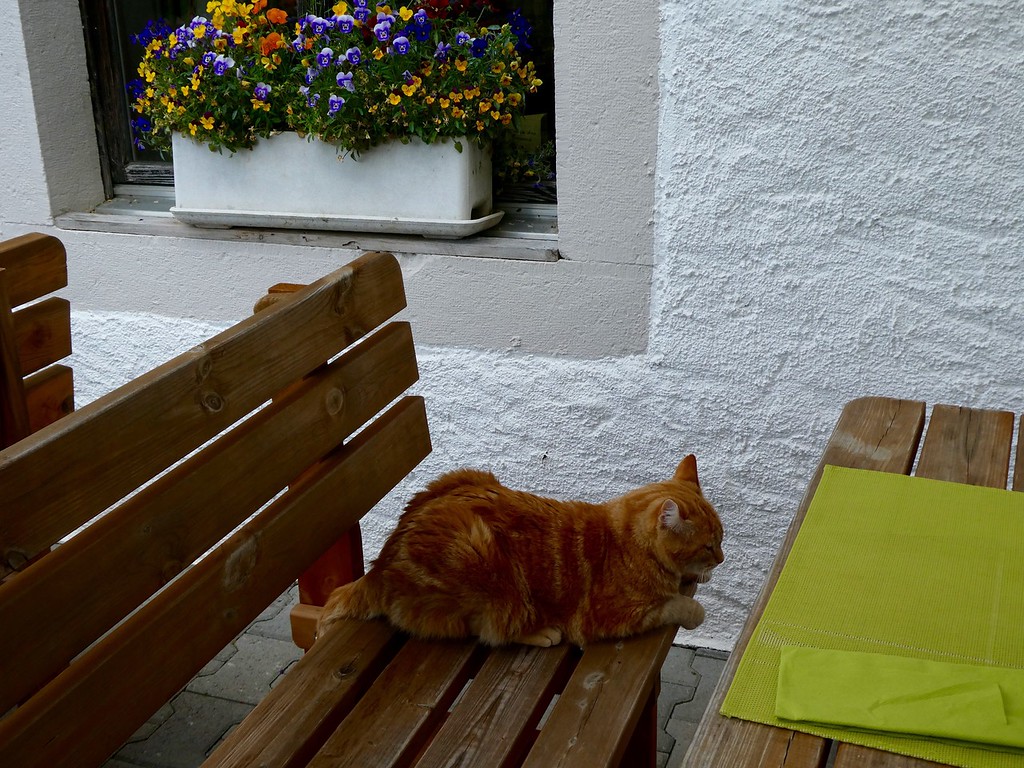 In addition to the cat, there were goats, chickens, and cows

And after a good meal, we got back in our car and finished the trip to Chaux-de-Fonds

Our chariot for the day, an Audi A3 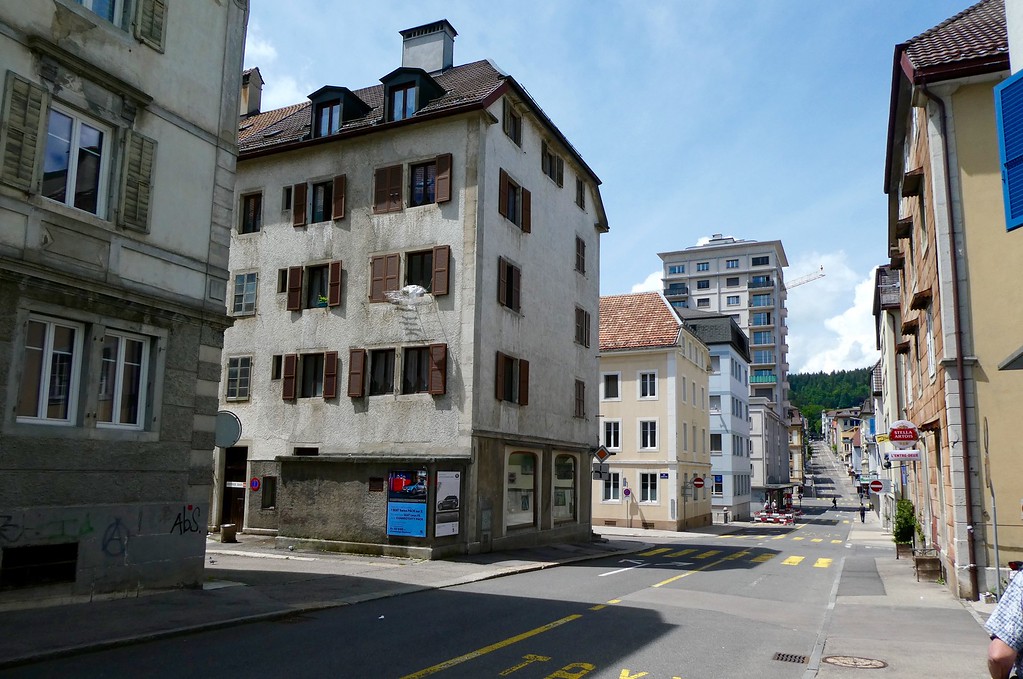 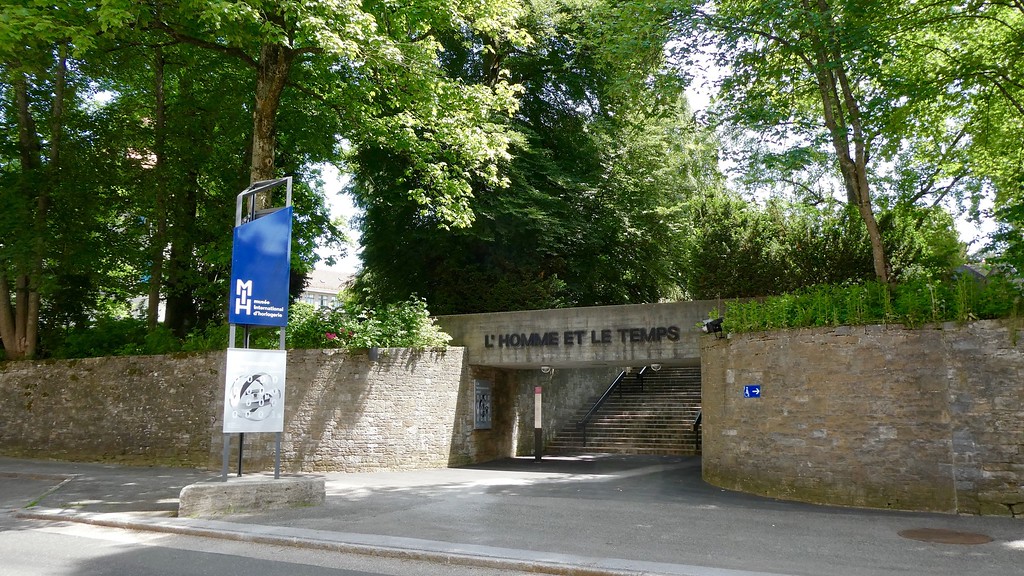 The layout of the museum looks impressive at first glance, but as I meandered through the various displays I found myself disappointed. I wanted more information on some items, and other items had almost no information at all. But all-in-all, the collection was extensive and interesting to see. I didn’t take too many photos, as something like this just doesn’t transfer well. Hmm, I appear to have taken only two photos. Here are both of them!

Our next outing was much more local: a distillery that was in a nearby village. We were after some good local kirsch whiskey! We meandered through the countryside to the little village of Ormalingen, and then up into the hills above it. 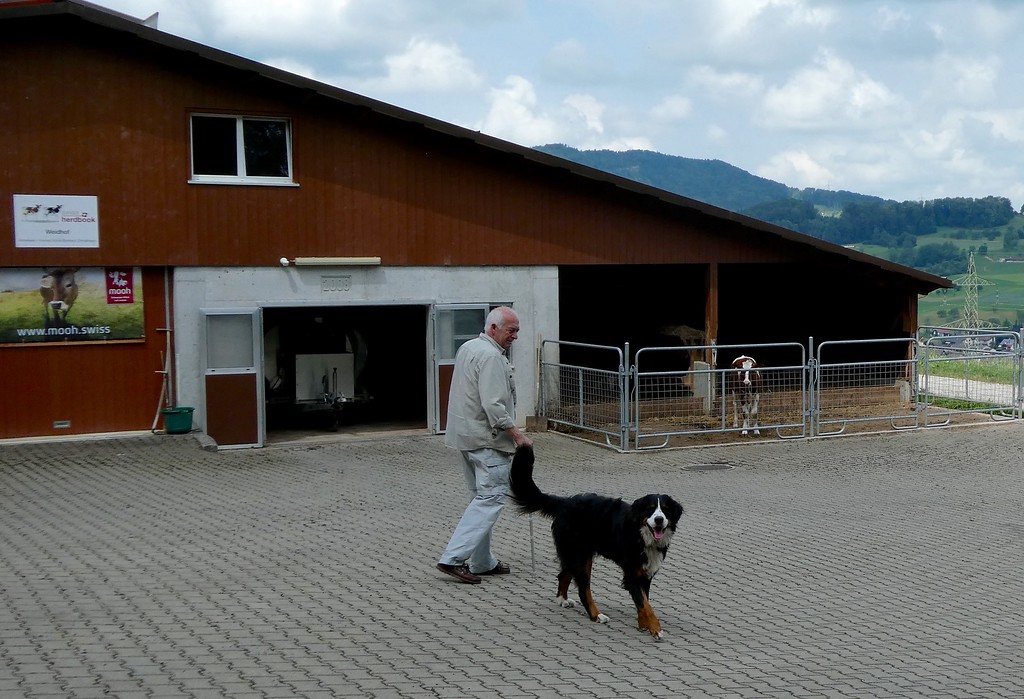 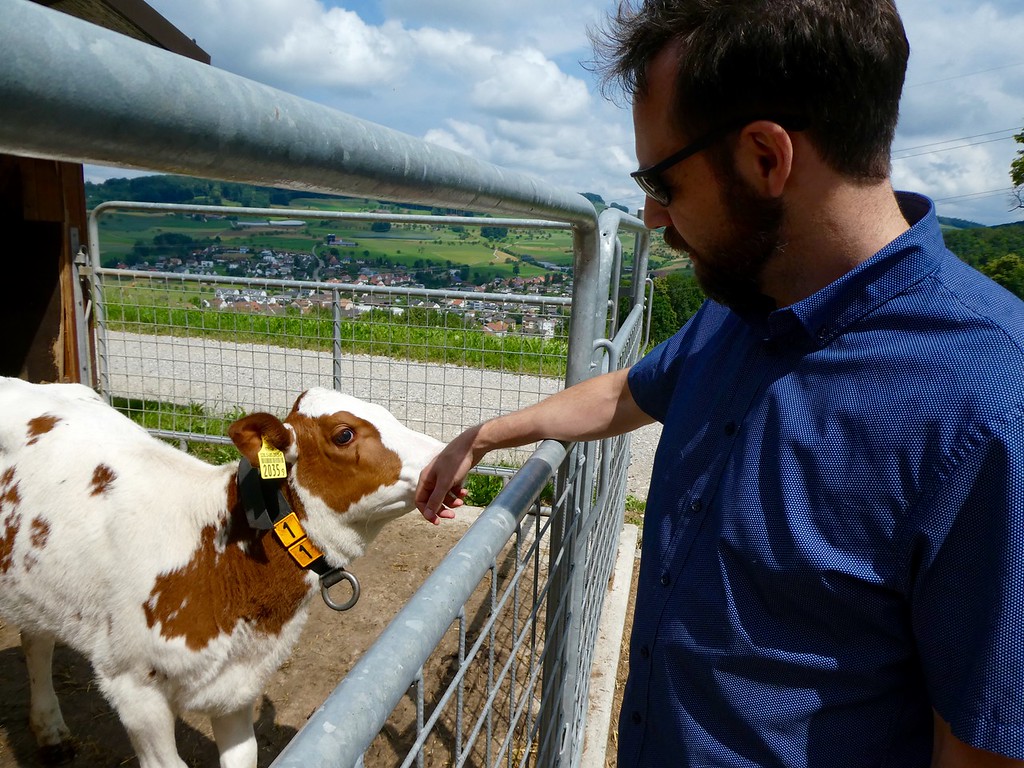 A selection to chose from

And plenty of samples

All of it is distilled on site

Later, Dan and I found that a short documentary had been filmed here for one of the local TV stations. Here is a link, for those who want to see more (and to practice their Swiss German)

Kirsch secured, we headed towards Basel, enjoying the quiet backroads of the region. I had a hankering for some more fresh cherries and was on the lookout for a stand on the side of the road. Ah! Success! 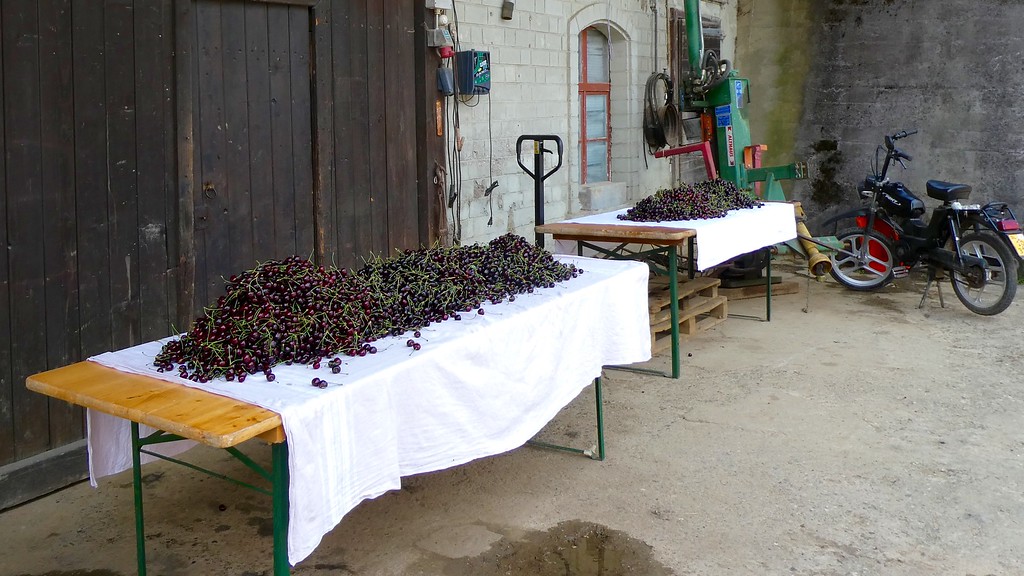 Before reaching Basel we made a slight detour to the top of the Gempen, a high plateau that provides an extensive view of the region. It was a glorious day and while we didn’t pay the Franc to climb the tower itself, we did walk to the edge of the cliffs to take in the view offered 28 meters below the top of the tower itself. If we had climbed the tower, the full panorama would have included Alsace and the Vosges mountains, Basel and the Black Forest. After taking in the view, we enjoyed some lunch at the Bärgbreiz Restaurant. 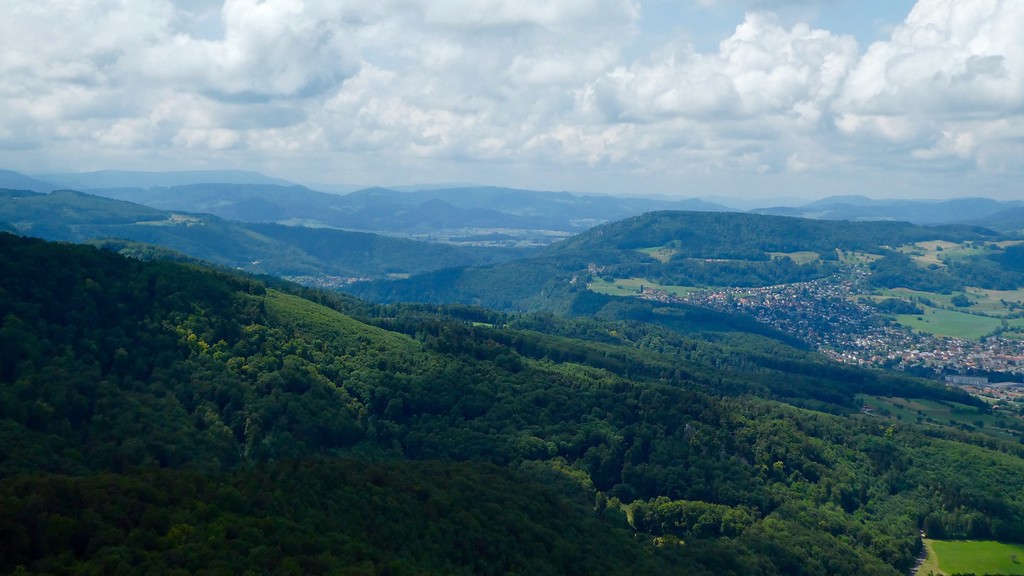 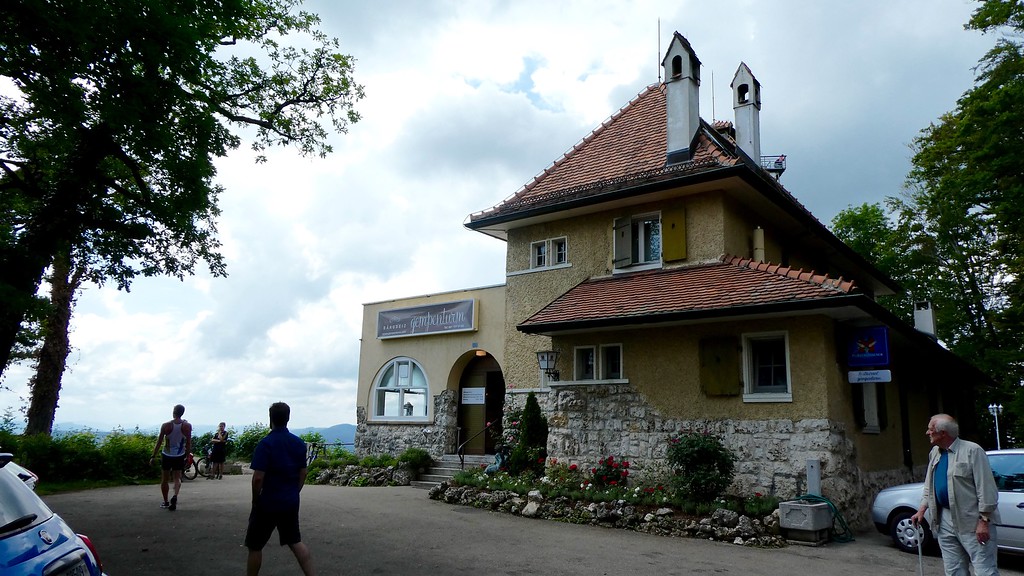 Charlie Chaplin and Switzerland. I never put the two together, and I was surprised to learn that there is a Chaplin museum in Vevay. We decided to take another road trip and drive down to see what this place was all about. I mean, other than simply Charlie Chaplin, of course. 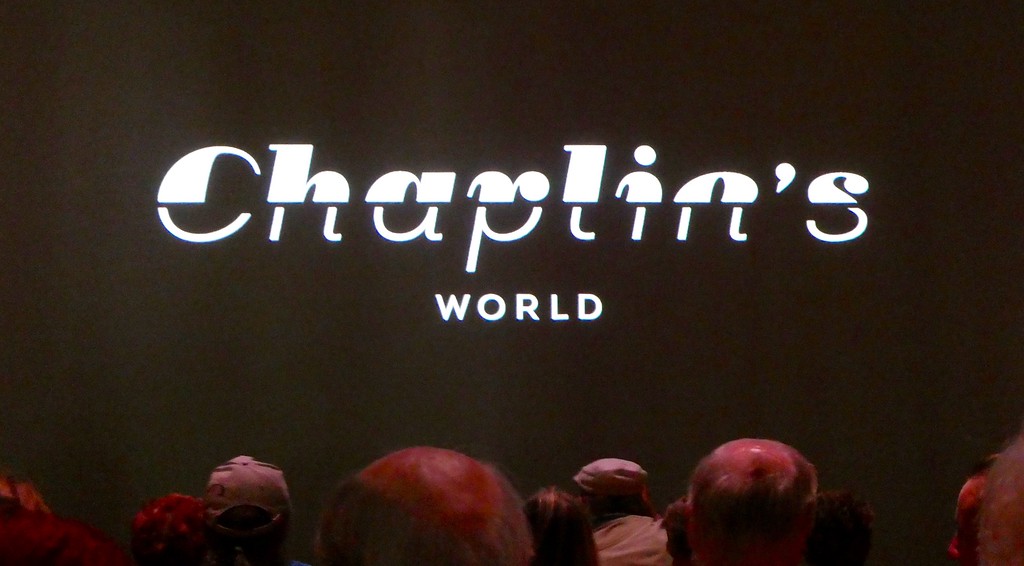 It was a really fun place to explore. It was one of the more interactive museums I’ve been to and delved in great detail into Chaplin’s life. 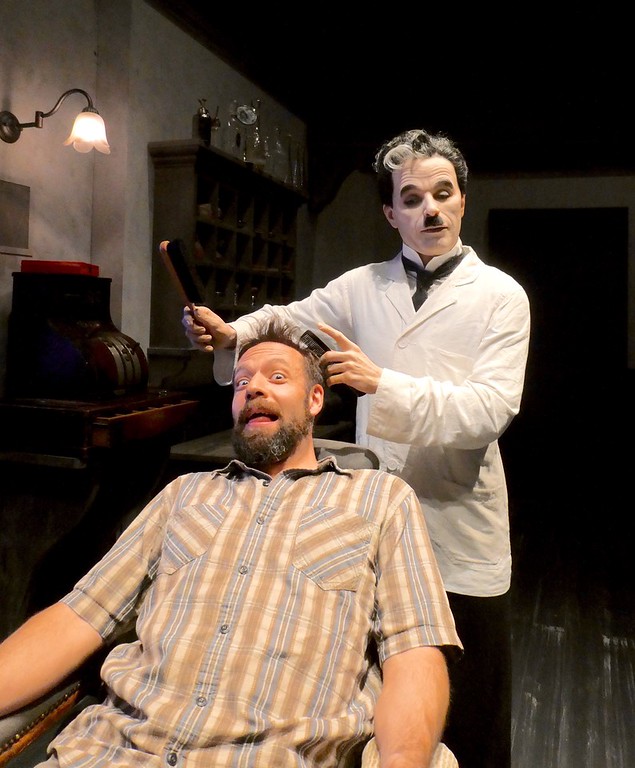 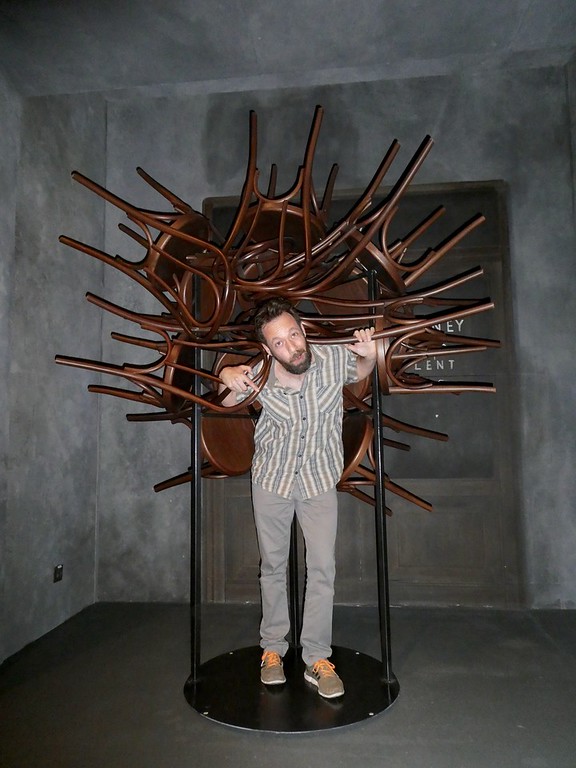 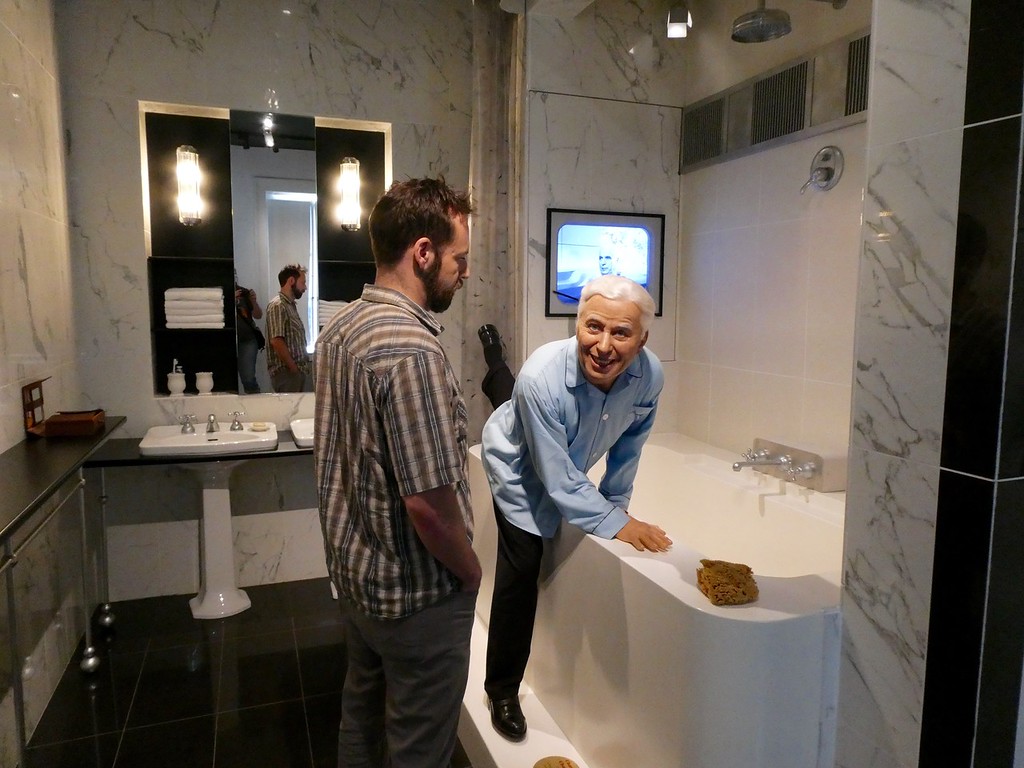 We ate lunch on site and then made the return drive to Basel. A few days later, Ray returned home and thus ended Ray’s 2018 visit to Switzerland.